Skip to the content
World changes constantly..
We change each day..
Once U find itself U have to begin again.

Today we are changing and learning Robot Framework and thought of sharing the same with others co-learners, please add your expertise as comments to this post. We have already shared our posts on established automation tools like UFT and Selenium.

Lets start with the installation of Robot Framework(RF), followed with our first test case with RF.

Prerequisites :-
1.Python:- This is the language on which the architecture of RF is based on.Most updated version of RF(2.9), supports Python-2.7, still contributing team is working on the support for Python -3.

How to check python is installed on system?
Easiest approach is open the command prompt and execute the command “python –version”

2.Package Manger:-We can use any package manager like pip, easy_intstall for installing robot-framework.We would be using pip as it is coming bundled with latest version of python (starting 2.7.9) , else we need to install pip first and then utilize it.
So don’t worry about this now.
Installing Robot Framework(RF):-
Using pip command:-
# Install the latest version
pip install robotframework
It would take fractions of seconds to install the setup.The above command would install only the latest stable release in case we want a particular version like old or beta release we can use it like:-
# Install 2.9 beta 1
pip install robotframework==2.9b1
#For upgrade we can use the command
pip install –upgrade robotframework

Using Windows installer:-
Installers are available on PyPI, select the one as per the OS(32 or 64 bit)
1.Extract the .tar file using (say 7-zip)
2.Open the command window inthe installer package and type “setup.py install“

Note:-We can install RF by using “Source from GitHub”, “Using JAR in Maven Central” or “Manual” approach but we are not discussing this as above techniques are frequently used.
How to verify the installation of Robot Framework?
To verify, we need to use the Runner script, based on the interpreter used. Meaning a technique to trigger RF based on each type of interpreter.
In our example we have used Python interpreter.
Simply type the command pybot –version in the command prompt and we are done. 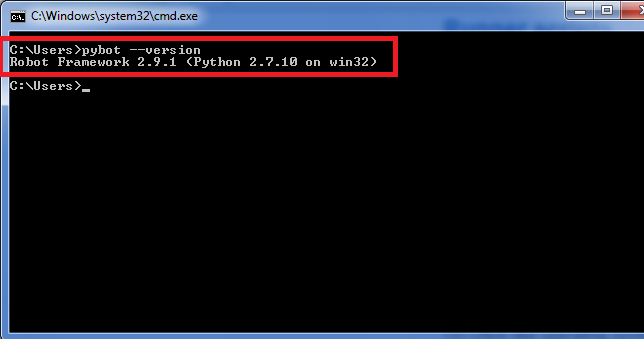 Note:- Each type of interpreter have their own Runner scripts:-
Where we can locate the Robot Framework code?
All the robot framework code after installation can be found inside C:Python27Libsite-packagesrobot
How to install “Selenium2Library”?
We need this library to work with web applications.
Execute the command pip install robotframework-selenium2library and we are done with the installation. 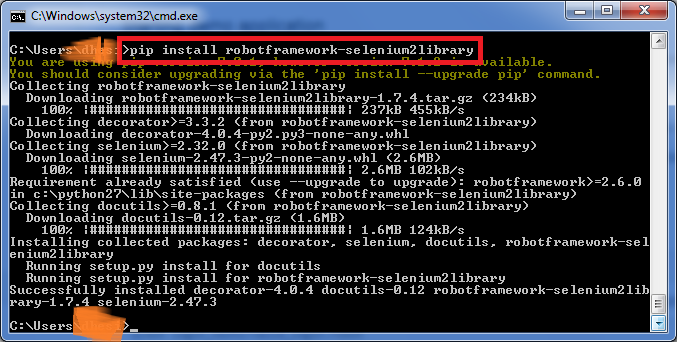 How to check the Selenium Keywords that we can use:-
We can utilize the online resource for Selenium Library.
Further we can play with python code of these keywords.
Path of Selenium Keywords on local system relative to Python installation = Python27Libsite-packagesSelenium2Librarykeywords
Open any of the .py file and check the code.

We can use this IDE for writing our robot framework.As a beginner it is easy to grasp this IDE, further we can implement other IDE’s like pyCharm also.

Preconditons:- We need python, robotframework and wxPython already installed to launch RIDE. Thus we still need to install wxPython as we already done with first 2 components.

Install wxPython:-
Select the required .exe as per the system requirement. 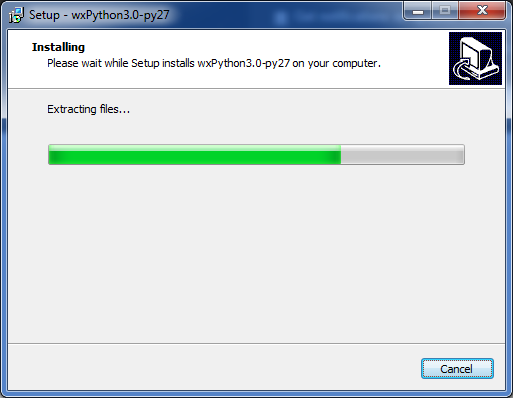 We would install it using the following pip command.
pip install robotframework-ride 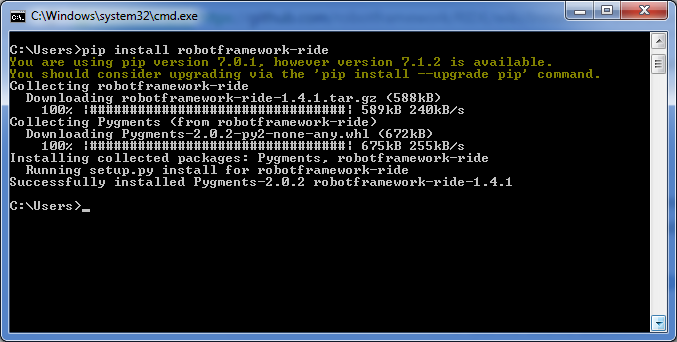 Launching RIDE :- type the command ride.py in command prompt and we are done 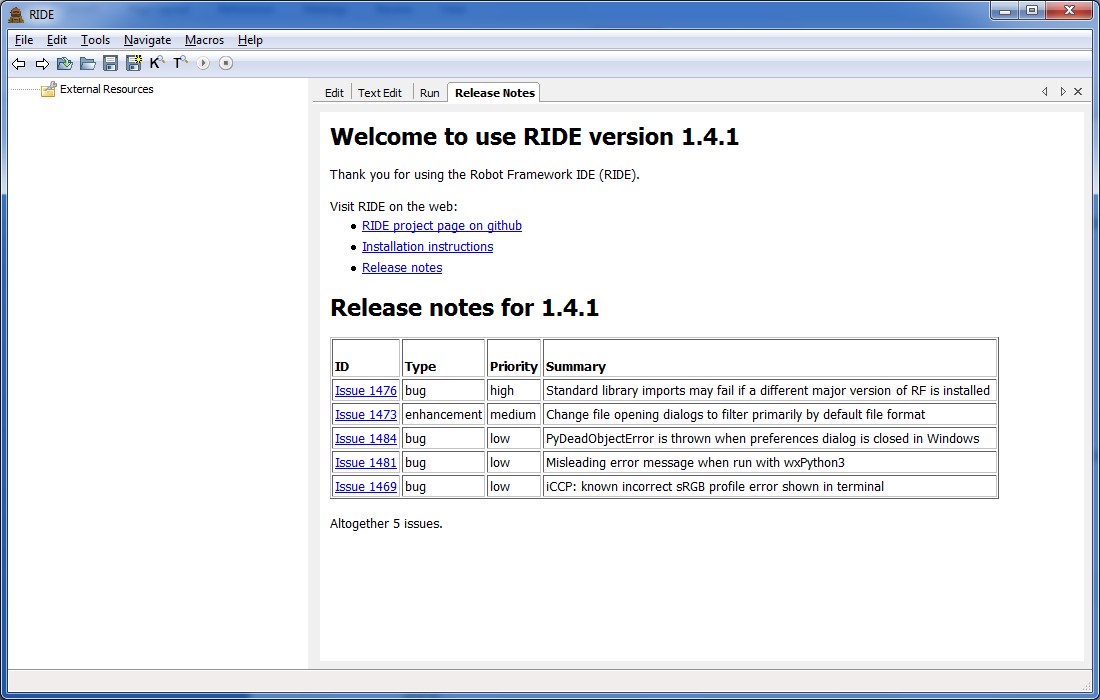