Skip to the content
Meaning of CSS Positioning:-
The CSS positioning property provides options to position an element. An element is said to be positioned if it its position property has a value other than static .Positioned elements results in boxes by using four properties – top, bottom, left, right.

Static:
This is default for all the elements. Different elements do not have different default values for positioning. Static means the element will flow into the page as it normally would.

The top, right, left, bottom, z-index(controls the vertical alignment of elements) properties do not apply on static positioned elements.

Note:-Static is rarely used unless it is required to override a positioning that had been previously set. 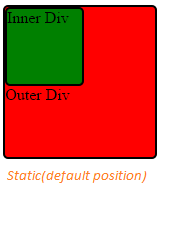 We created 2 nested div elements (outer and inner) and both of them flowed with no positioning and occupied the default position on top-left corner of the screen.

Relative:
It is more straightforward as it tells the element to move relative to where it would have landed or to its normal position. If you do not specify top, right, left, bottom, z-index properties, it will behave like a static element.

Principle behind this  is ‘Relative to itself’.

Example:– Position:Relative;margin-left:200px
Means the control will be placed 200px on the left from its normal position. 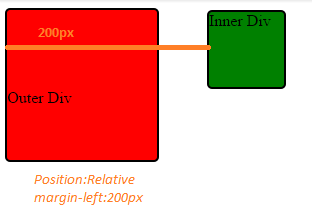 Below example illustrate this, in our first case “inner Div” is positioned absolute wrt to “Outer Div”, while in second case it is positioned wrt to entire “HTML”,and overlapping the “Outer Div”. 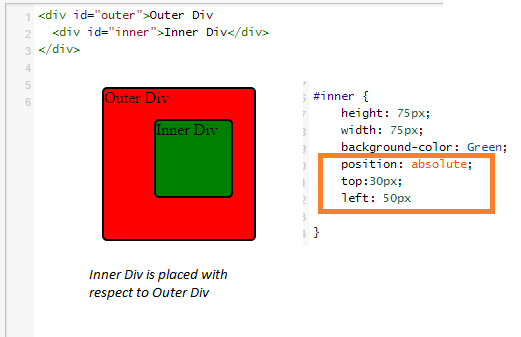 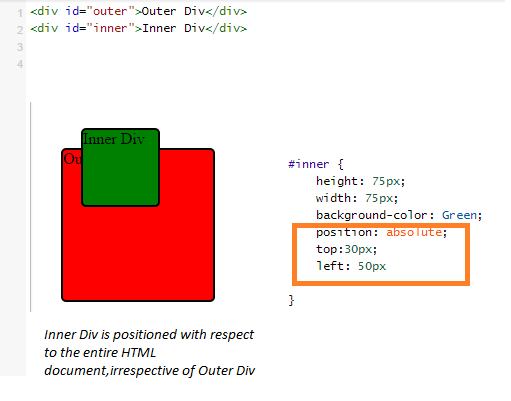 The most important thing to remember forever about absolute positioning is that these elements are removed from the normal flow of the page(unlike Relative which still occupies its space even on changing its position). This means you can put it anywhere and it won’t affect or be affected by other elements. This is an essential thing to take care every time you use absolute positioning. It’s overuse or improper use can limit the flexibility of your site. 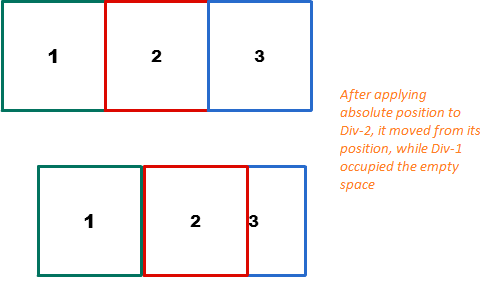 Fixed:
An element with position:fixed shares all the traits of an absolutely positioned element except that the viewport(browser/device window) positions the fixed element instead of any parent element.

Additionally, it does not scroll with the document. Fixed positioned elements can overlap other elements.
In Internet Explorer, fixed positioning doesn’t work if the document is in quirks mode.IE7 and IE8 support the fixed value only if a !DOCTYPE is specified.

Inherit:
It works as the name implies: The element inherits the value of its parent element. Typically, position property elements do not naturally inherit their parent’s values—the static value is assigned if no position value is given. Ultimately, you can type inherit or the parent element’s value and get the same result.